A closer look at Project Maleth’s payload, the Cube 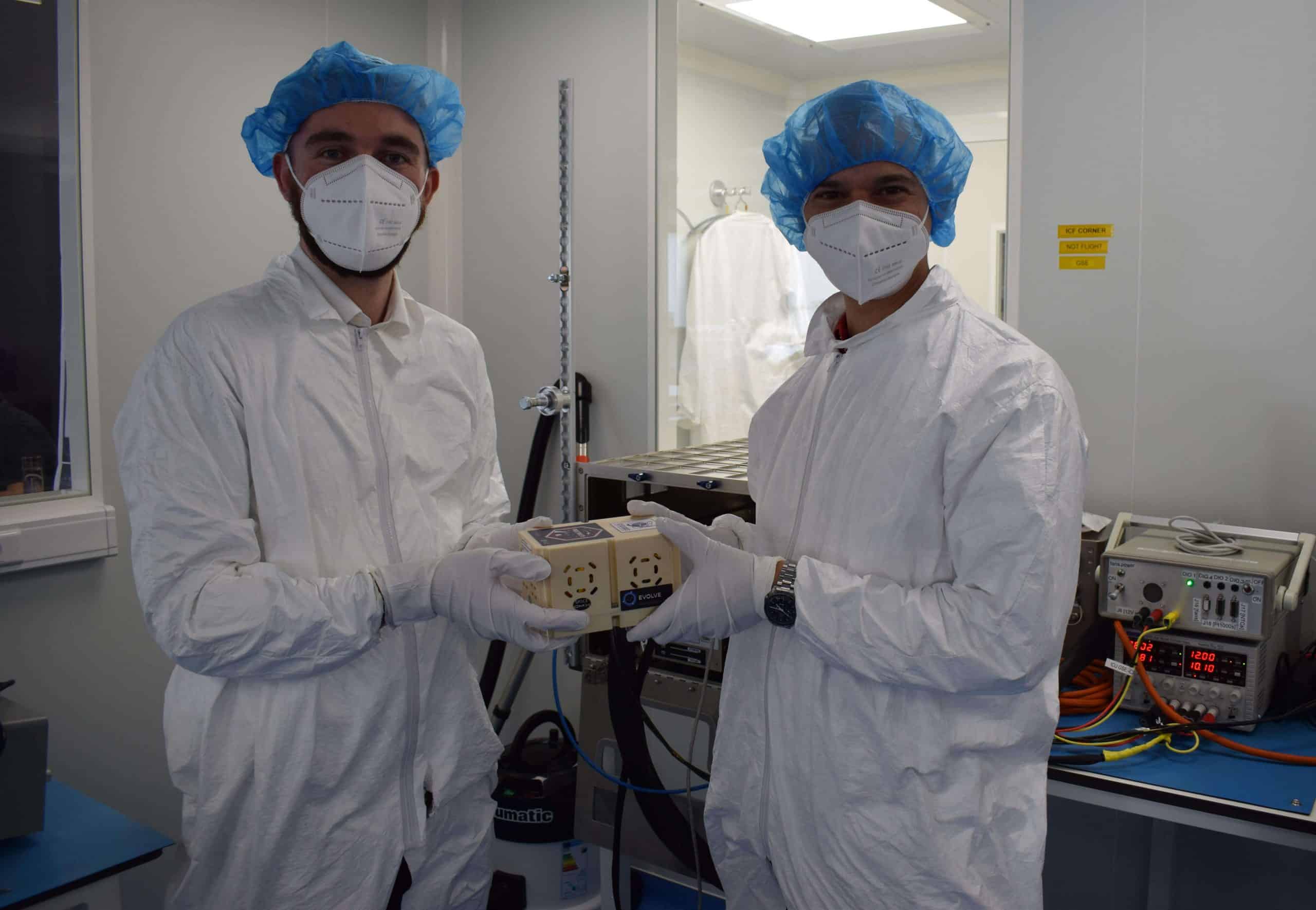 Project Maleth is Malta’s first opportunity to be directly part of the ever-growing space industry. It is the first Maltese biomedical experiment, headed by Prof. Joseph Borg and his team, to be launched in space with the aim of shedding some light on how the bacterial biome of infected foot ulcers of diabetic patients, will react to the harsher environment of outer space. Glenn Sciortino from Arkafort talks about the technical side of the experiment and the recent visit to the Space Applications Services in Belgium to place the samples in the Biocube before launching to space.

The experiment is essentially being conducted on six separate foot ulcer skin samples, taken from six different diabetic patients. Given that the ISS is a contained environment, the astronaut’s health and well-being are always top priorities. So how does one send biomaterial to the ISS, and carry out the necessary experiments, while also ensuring the safety of the crew on board? That is where the ICE Cube comes in. The ICE Cube is a product being developed by Space Applications Services, an independent Belgian company founded in 1987, with a subsidiary in Houston, USA. The idea behind the ICE Cube service is to make such experiments not only possible but also practical and feasible. Prof. Borg and I had the opportunity to visit their headquarters in Brussels last week to witness the final stages of the cube, ahead of its launch from NASA’s Kennedy Space Center in Florida, in two weeks’ time as part of the SpaceX CRS-23 resupply mission.

The cube itself consists of a 3D printed outer shell with a form factor that varies according to the experiments being carried out. Project Maleth’s experiment required the use of small plastic cuvettes to contain the skin samples within a PBS (Phosphate-Buffered Saline) solution, and therefore the internal part of the cube had to be designed in such a way as to accommodate six of these cuvettes. Along with the cuvettes, the cube has to cater for an array of electronics, which interestingly enough, are mostly made up of commercially available off-the-shelf components. This drastically reduces the cost of the cube.

The main computer consists of a Raspberry Pi Zero, two small cameras and a number of expansion boards or ‘hats’ which expose the Pi’s GPIO pins and enable network connectivity. The computer enables the researchers to interact with the cube once it is latched to the ICE Cubes framework within the Colombus module onboard the ISS and monitor the samples for the duration of the mission which will be around 50 to 60 days. Along with the two cameras that are able to snap real-time pictures of the cuvettes and also stream live videos, are three sets of LEDs which allow for a range of lighting conditions within the cube. The first set behind the cuvettes serves as a backlight. The second set underneath allows for the individual illumination of the cuvettes and the third one angled at a 45-degree angle to the ceiling of the cube, provides soft RGB lighting.

The act of connecting to the cube once it’s safely on board the ISS is where it gets interesting. Internet connectivity on the ISS is facilitated through the same network of tracking and data relay satellites (TDRS) that NASA engineers use for telemetry data and to communicate with the crew on board. The internet connection is relatively slow when compared to what we are used to here on earth, and has very high latency due to the vast distances that the signal has to cover in order to reach its destination. The ISS – at an altitude of 400 kilometres above the earth (also known as low earth orbit) – has to first beam its signal to one of these geosynchronous relay satellites, which can sometimes reach altitudes 90 times higher than that of the ISS. The satellite then beams the signal to a ground station where it processes the request and replies via the same request path.

On top of that, the cube is only accessible through a VPN (or Virtual Private Network) that requires hardware 2FA (or Two Factor Authentication) through a USB authentication key. Hardware authentication helps mitigate the risk of attacks through vulnerabilities that traditional 2FA such as SMS and mobile authenticator apps are prone to, such as phishing and MITM (Man-in-the-middle). Once connected to the network, the mission control application needs to be launched to visualize the telemetry data and interact with the Cube’s hardware. The application was tailor-made for Project Maleth’s own cube and developed using the in-house YAMCS mission control system framework, which is open source and licensed under AGPLv3. It allows for granular control of the lighting within the cube, down to the individual LEDs, their brightness and colour combinations, while also enabling the researchers to take pictures and stream videos in real-time. Hardware restrictions limit streaming to around 2 FPS, however, recorded video can take advantage of the full 60 FPS at varying resolutions. An apache web server that runs on the Raspberry Pi serves the images and videos via a locally hosted website, but SSH access is also possible.

Last Thursday I was lucky enough to be one of the very few last people to have seen the inside of the cube until it’s reopened once the cube returns to earth for further analysis of the biological samples. In the coming days, we will be setting up our own mission control centre at Arkafort, in preparation for the launch on Saturday, the 28th of August at 9:37 am (CEST). On the 2nd of September, the cube should come online, after which we will immediately establish a connection and ping the cube. The results of the ping will be published on all of our social media outlets for the other geeks (like us!) out there!

Interview with Nicolas Clémencin from Space Applications Services
Read More
Blast off: Malta on its way to send a Bio-cube for a first space mission
Read More

We use cookies on our website to give you the most relevant experience by remembering your preferences and repeat visits. By clicking “Accept All”, you consent to the use of ALL the cookies. However, you may visit "Cookie Settings" to provide a controlled consent.
Cookie SettingsAccept All
Manage consent

This website uses cookies to improve your experience while you navigate through the website. Out of these, the cookies that are categorized as necessary are stored on your browser as they are essential for the working of basic functionalities of the website. We also use third-party cookies that help us analyze and understand how you use this website. These cookies will be stored in your browser only with your consent. You also have the option to opt-out of these cookies. But opting out of some of these cookies may affect your browsing experience.
Necessary Always Enabled
Necessary cookies are absolutely essential for the website to function properly. These cookies ensure basic functionalities and security features of the website, anonymously.
Functional
Functional cookies help to perform certain functionalities like sharing the content of the website on social media platforms, collect feedbacks, and other third-party features.
Performance
Performance cookies are used to understand and analyze the key performance indexes of the website which helps in delivering a better user experience for the visitors.
Analytics
Analytical cookies are used to understand how visitors interact with the website. These cookies help provide information on metrics the number of visitors, bounce rate, traffic source, etc.
Advertisement
Advertisement cookies are used to provide visitors with relevant ads and marketing campaigns. These cookies track visitors across websites and collect information to provide customized ads.
Others
Other uncategorized cookies are those that are being analyzed and have not been classified into a category as yet.
SAVE & ACCEPT